No Hassle to Organise

Everyone makes all new players welcome, we know more involved = more game options. We don’t use referees so we ask all players to play in a way that encourages participation, so no aggressive play!

Everyone gets to know everyone, so it gets competitive enough. The organisers build an understanding of fitness and ability so they can prepare the game format and teams  ready for the nights match or mini tournament.

We know sometimes you are busy to organise your football nights. If you miss weeks, no worries you don’t lose your space, come and play again when you can fit it in.

No-one gets stuck in goal.

Do I need to wear specific kit?

No, wear your own shin pads, shorts, sox, shirt, shoes etc obviously, we will provide bibs and balls. We prefer people wear astroturf trainers and there is less chance of injury but a small moulded boot is OK if suitable for the pitch the game is being played on

Can I just turn up on the night?

We need to know you are coming so we can plan the night accordingly. We sort the teams or nights tournament in advance and focus on getting started as soon as people get there. We make sure the games have enough players but not too many for the pitch size. You can still book on line on the day assuming there is still space.

When is the last time I can book to come and play?

Assuming there is space you can book right up to kick off. Of course if everyone booked last minute we would cancel games as it would appear there would nont be enough. We have a cut off time where we make a decision to cancel games normally 2 hours before kick off on the off chance there is not enough players.

How do I book and pay?

Real easy, you get an invite liink each week a couple of days before the games. If you want to play, you click the link book a place and then send a paayment either by bank transfer or paypal.  If you don’t have a bank account or paypal account you can ask a friend to do it for you and pay them cash.

Are there sometimes too many or too few players
Once the nights get established our large members group means its rare we won’t have enough players for a good game, on the odd occassion this happens such as when England got to the semi final of the world cup we cancel the games and let people know so they don’t come if the game won’t be enjoyable.
Each venue has a fixed number of people it can take, in some cases that is a lot, in other cases less. Where we can we keep the bookings open for as many as possible, example 28, extend onto 2nd pitches and run a tournament night. Great fun!
Can I come on my own?

Yes, no problem at all. You can either come as groups of friends who already know each other but never have enough players to get a game on yourselves or come on your own and it won’t be long before you are getting to know people. It is a great group of people, very welcoming with a similar mindset, they just want to play football to keep active.

How much does it cost?
Firstly it’s free to join and get the invites, most things like this charge you to be a member. At DADSvDADS we are trying to keep it free, it helps if members click the links from our store to Amazon when buying from Amazon as it keeps us afloat.
Match cost vary depending on location, venue pitch quality and numbers of people, normally for a game of football it will not be more than £5 or £6
I can't make it that night, will there be another night?

We want to create a situation where there are game options EVERY WEEK.  As the local group grows we can put on other nights for you, it does take a while to build up to 2nd and 3rd nights so please be patient. You of course have the option to join and ignore the invites of course.

Can I bring friends?

Of course, you can either book and pay for a place for them yourself and we can sign them up on the night or you can send their detaisl and we can get them signed up in advance. this is the best way for the numbers to grow and give you more chances to play.

How do I join? & what information do I provide?

Click the join now button, enter an e-mail address which you use when you book to play and for a Saturday e-mail we send to encourage people to stay active. We need a mobile phone number which we use to add you to watsapp groups so you get the match invites each week. If you are not on watsapp you can use the e-mail we send or just go to the upcoming matches page of the website.

Do I have to be a Dad to join?

No. It’s all about the way we want to play, Dads want the games they play in competitive enough but they have other priorities. They don’t want the hassle of organising games or the aggrovation and risk of injury that comes with playing games that have overly aggressive players playing. If you fit that bill too you don’t have to be a Dad no. 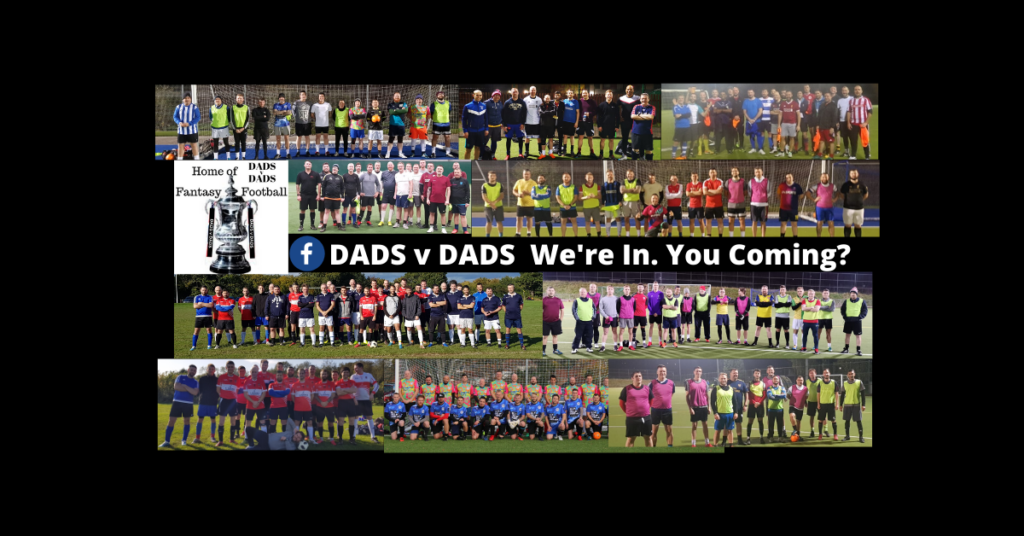 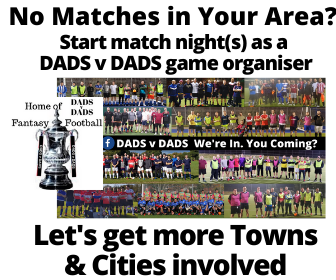